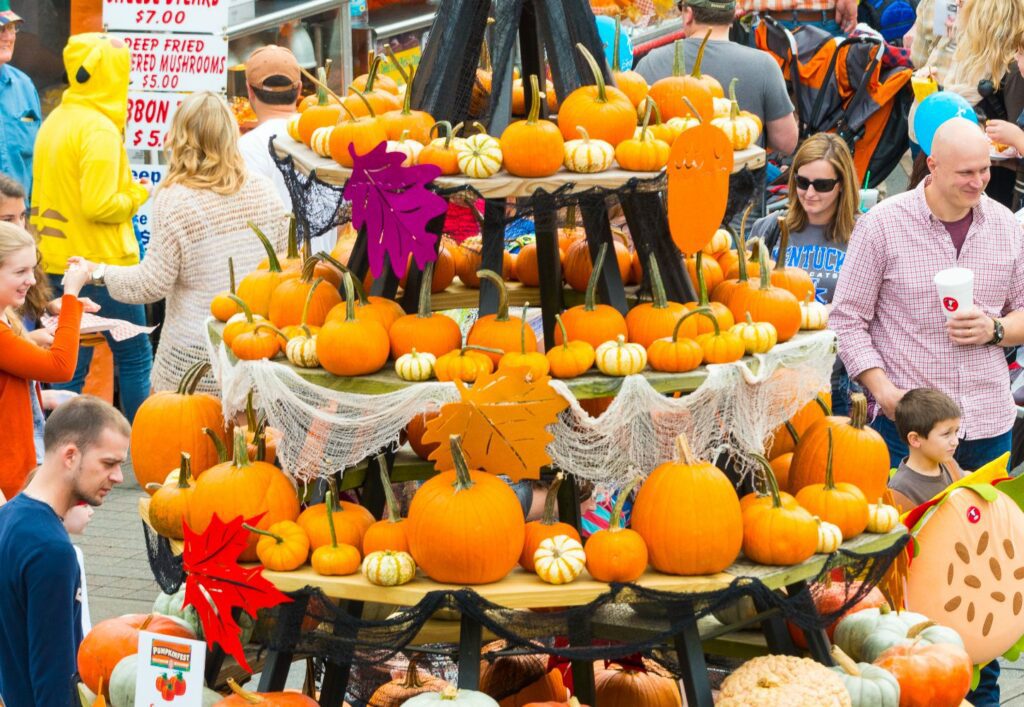 Franklin’s rite of fall is returning to Main Street Saturday, Oct. 24, with an all-day celebration that brings free and festive fun for a variety of ages and groups.

The 32nd Annual Pumpkinfest, held in the community’s historic core, attracts tens of thousands of visitors to downtown Franklin each year. Presented by Hyundai of Cool Springs and coordinated by the Heritage Foundation of Franklin & Williamson County, the festivities will stretch along Main Street and its connecting avenues from 10 a.m. to 6 p.m. on Saturday.

In addition to the dozens of artisan vendors and two stages of live entertainment,  attendees can expect to enjoy some of the festival’s favorite traditions for the 2015 event – including a costume contest sponsored by HomeTown Pet, the Church of the City’s Kids’ Zone and the Franklin Tomorrow Chili Cook Off. Plus, The Great Pumpkin will again be making an appearance after a long journey from Carleton Place, Canada (Franklin’s Sister City).

Other activities and details in this year’s Pumpkinfest schedule include:

In addition to parking in and around the downtown area, a parking and shuttle service for Pumpkinfest attendees will be available from Church of the City and Harlinsdale Farm for $1 per person each way.

In addition to Pumpkinfest, the Heritage Foundation–in conjunction with the Downtown Franklin Association–produces seven event series and festivals each year to attract visitors to downtown Franklin, and to promote the benefits of historic preservation.

For more information about the 32nd Annual Pumpkinfest and event details, go to www.historicfranklin.com/events.

Since 1967 the non-profit group has been dedicated to protecting and preserving Williamson County’s historic, architectural and geographic resources; in short, saving the places that matter. For more information, call (615) 591-8500. www.historicfranklin.com.