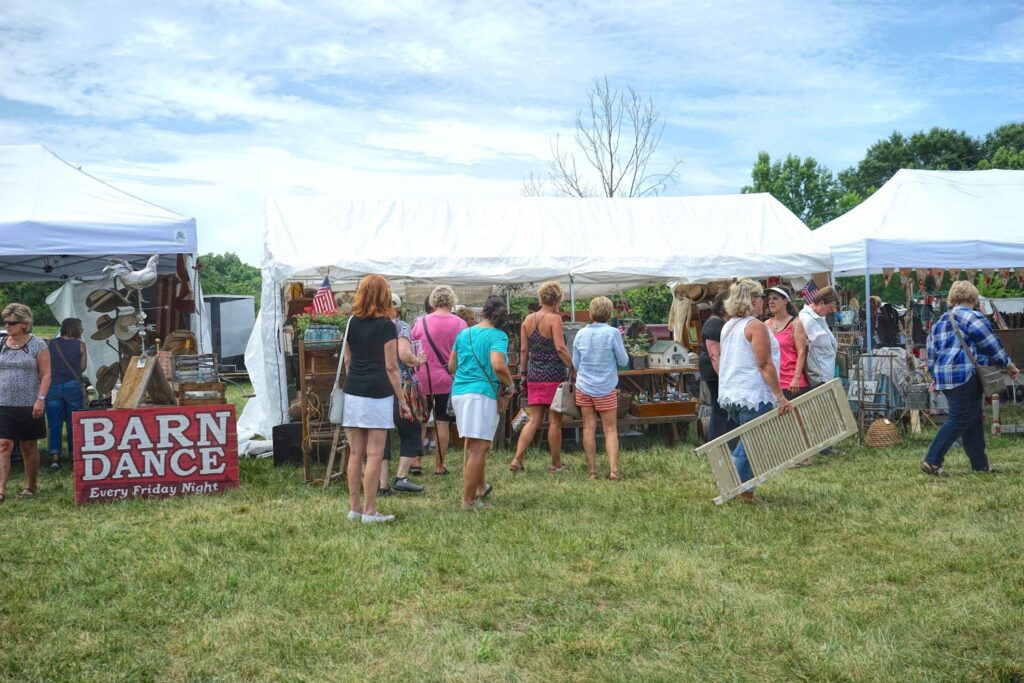 There’s something about Kim and David Leggetts’ style that draws visitors from around the globe to shop at the City Farmhouse Pop-up Fair, a design and shopping show that hosts dozens of curated vendors in the tiny village of Leiper’s Fork, Tenn.

The Leggett—owners of the popular downtown Franklin antiques shop from where the event derives its name—announced earlier this year that the brand would host three pop-up events in 2015, due to mounting popularity.

The Fall antiques and vintage show, happening October 16 and 17, will once again take place at the stunning “lost-in-time” gardens and mansion of the late music publisher Buddy Killen, located off Old Hillsboro Road. City Farmhouse’s holiday pop-up fair, which will round out the series for the year, will be hosted at Liberty Hall at The Factory at Franklin, November 13 through 15.

The Leggetts, who are nationally recognized “pickers,” say the additional shows were due to both 2014 attendance popularity and their fans’ requests: the pair manage the City Farmhouse Facebook page, which boasts nearly 110,000 followers—many of whom lobbied for an additional show.

“The idea of hosting a second show wasn’t ours—it was our friends and fans who pushed us to do it,” Kim Leggett said. “It’s become a social thing. “I think that the City Farmhouse brand really resonates with many people’s lifestyles, and we’ve created different environments and platforms for people to get to know one another and form relationships around the love of design.”

As always, City Farmhouse guests can expect to find their treasures while browsing alongside local celebrities and personalities who are also fans of the Leggetts’ work. Plus, ticket holders can meet featured fair guests—who include Cari Cucksey, host of HGTV’s Cash & Cari and creator of the Re•purpose Re•color paint line, and Matthew Mead, editor of Upcycled Style magazine, among others.

“It’s very rewarding to use the City Farmhouse brand to bring so many sought-after vendors from across the country to Williamson County,” Leggett said. “Shoppers travel from far and wide to shop the show, and they create relationships with the vendors too. By the end of the event, you can feel the love. It’s like a small community of people who share a passion for old pieces that can tell a story.”

The host says the theme of October’s City Farmhouse Pop-up Fair is focused on the creativity and styling ability of the vendors, all of whom search for months to find the most unusual vintage and antique “picks” for the show. In June, more than 70 vendors were represented from nearly 20 states. Fair coordinators say ticketholders can expect a similar showing for October and November shows.

Similar to the summer fair, those who shop the City Farmhouse Pop-up Fair will find the most unusual in hand-picked selections spanning all eras and styles: farmhouse, French, architectural, garden, lighting, industrial, Americana and much more.

Plus, guests will enjoy live musical performances throughout the grounds, in addition to food trucks, demonstrations and more at the October event.

The Leggetts will continue to reveal guest appearances, performances and schedules of events in the upcoming weeks on the City Farmhouse website www.cityfarmhousefranklin.com.

The City Farmhouse Pop-up Fair kicks off October 16, 2015 from 9 a.m. until Noon, with first- chance buying, a champagne toast and a burlap carpet walk. Admission to early buying is $25.00, and can be purchased through the website.

More about City Farmhouse
City Farmhouse is a popular antiques and vintage shop located on Bridge Street in Historic Downtown Franklin, Tenn., that offers modern farmhouse style for urban and rural living.
Owners Kim and David Leggett have been “pickers” for more than 20 years, and their trained eye and vivacious personalities have earned them national acclaim, from individuals interested in following popular vintage trends to interior designers.

In addition to curating the store and the City Farmhouse Pop-up Fairs, the Leggetts also exhibit at major vintage and antique events throughout the U.S. Kim is a sought-after expert for guest appearances and as a host of guided tours at fairs around the country, appearing in shows the likes of Marburger Farms, the Country Living Fair, The Nashville Shows, and more.

As a freelance interior stylist, Kim’s projects have been featured in a host of major publications, from Elle Décor and Architectural Digest to Romantic Country Magazine. She also sells her finds to museums, private collectors and celebrity clientele like Ralph Lauren, Meg Ryan, Tommy Hilfiger, Sheryl Crow, Carrie Underwood and more.