19 Miles to Music Row with Will Rambeaux and Sherrie Austin

19 Miles to Music Row with Will Rambeaux and Sherrie Austin 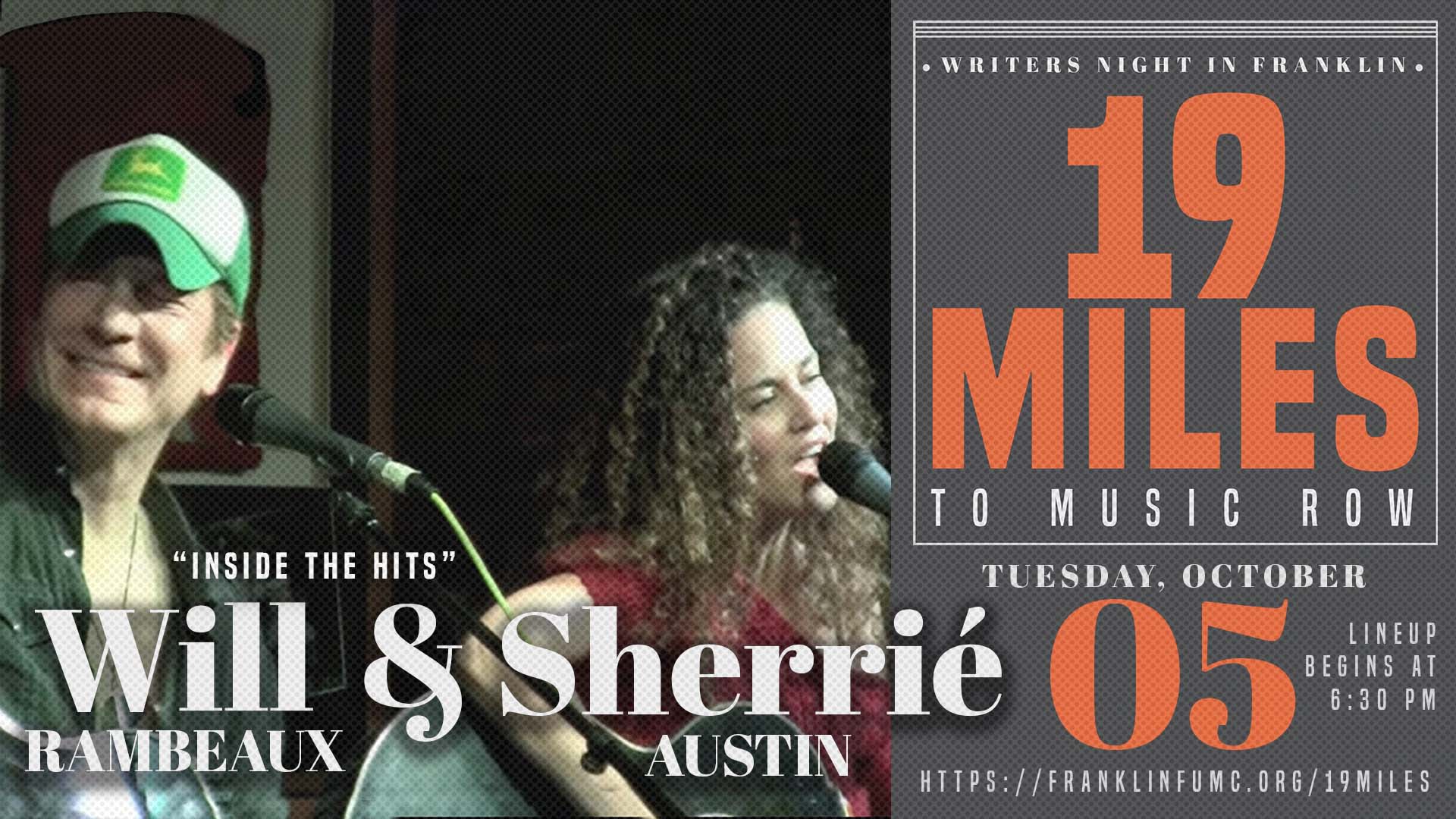 THE LARGEST ONGOING WRITERS ROUND IN THE NATION!

All tucked away in the heart of Franklin, it’s a night out with songwriters and the hits that made them famous!

We have an unbelievable show for you on October 5 with Will Rambeaux and Sherrie Austin. Will Rambeauxs songs have garnered many BMI Most Performed Songs of The Year awards, as well as several BMI Million-Air awards. He has written numerous Top 10 and No. 1 hits for artists such as Faith Hill (Wild One), John Michael Montgomery (How Was I To Know, Hold On To Me), Patty Loveless (Can’t Get Enough), and Kathy Mattea (Nobody Gonna Rain On Our Parade). As a producer, Rambeaux has also helmed four albums for singer/songwriter Sherrie Austin. Sherrié has been in the entertainment business since she was a teenager. At the age of fourteen, she opened for Johnny Cash in Australia. She has cuts from her country music peers: Trace Adkins, Tim McGraw, Danielle Peck, Blake Shelton and George Strait, among others. In 2011, she returned to television as a main cast member in Girls Who Like Boys Who Like Boys.

We’ll also have four amazing songwriters in the round including Joe Brian Harrison, Kamryn Palmer, Jenn Bostic, and Dave Lenahan. Our writer’s round begins at 6:30 p.m., followed by “Inside the Hits” with Will and Sherrie. This event is free to the community and takes place at the Franklin First UMC Main Campus at 120 Aldersgate Way. Plenty of free parking is available and spacious seating available.

Want To Submit An Event?