Pumpkinfest Is Comin’ Back Oct. 25—Get Ready for #Franklinstein! 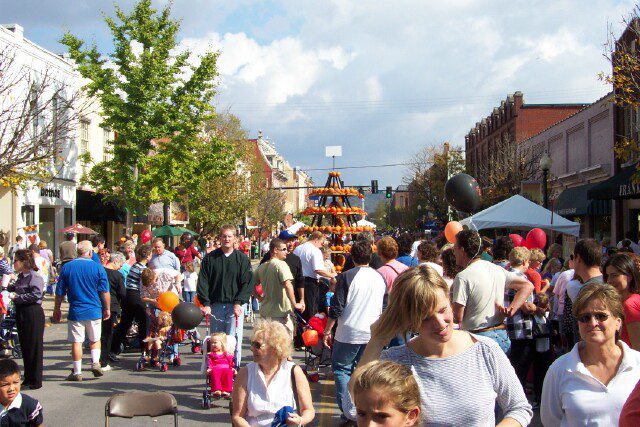 Franklin’s favorite fall celebration is returning to Main Street this month, and this time it’s bigger and better than ever.

The 31st annual Pumpkinfest will take place on Oct. 25 from 10 a.m. until 8 p.m., bringing a full day of free entertainment to families in the area. Presented by the Heritage Foundation of Franklin & Williamson County, the festival will stretch along Main Street from First to Fifth avenues, and will also include portions of Third and Fourth avenues. Attendees can expect a day of live music, various contests, an array of arts and crafts booths, a chili cook-off and much more.

In addition, The Great Pumpkin will be making an appearance at Pumpkinfest after traveling across the country from Franklin’s sister city, Carleton Place, Ontario, Canada. Festivalgoers will have the chance to participate in a “Guess the Weight” contest where one lucky winner will take home a $50 gift certificate to Stroud’s Barbecue.

Other activities at this year’s Pumpkinfest include:

Pumpkinfest is produced by the Heritage Foundation of Franklin and Williamson County and its division, the Downtown Franklin Association. The annual October festival is just one of the many activities presented by the non-profit group, which was founded in 1967 to protect and preserve Williamson County’s historic, architectural and geographic resources. For more information, call 615-591-8500!