This was written on February 15, 2016, by Nashville Scene writer Chris Chamberlain on their Bites Blog. 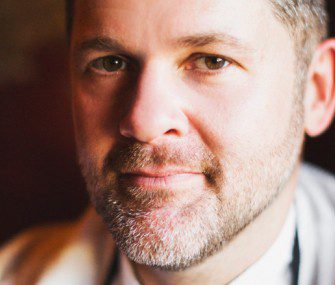 I have often said I think that Jason McConnell is the best combination of chef and restaurateur in Middle Tennessee. Not only does he operate three excellent Franklin-area restaurants with Cork & Cow, 55 South and Red Pony, but he also runs McConnell House and has a hand in both Two Ten Jack and Lucky Belly through his association with Seed Hospitality. Back in the days before food trucks spread like weevils in a cotton row, McConnell fitted a food truck with professional-grade cooking equipment and had the smarts to actually keep it parked most of the year except for a couple of events that he knew he could make bank on.

Hidden away in WIlliamson County for the most part, McConnell steers clear of the big city chef radar and publicity efforts that deliver website hits, but not necessarily bottom-line profits. He has investigated several opportunities to bring his game to Nashville (and I don’t believe he’s done yet,) but he continues to be content with being the biggest mackerel in a cozy downtown Franklin pond.

Happily he hasn’t escaped the notice of the bigwigs at the James Beard Foundation, who have invited him to bring his brand of sophisticated Southern cuisine to the Big Apple for a dinner on March 31. McConnell will show those Yankees a thing or two with a multicourse meal that will feature plenty of local ingredients and demonstrate the chef’s technical expertise. You can check out the entire menu after the jump:

JBF members will pay $130 for the dinner, with civilians shelling out $170 for the privilege. If you have any NYC friends looking for a fine meal, send them to the event website to buy their tickets.